The Althea BMW Racing team and rider Raffaele De Rosa triumphed at the Spanish circuit of Jerez de la Frontera.
With a race cleverly closed in fifth position, Raffaele De Rosa on his BMW S 1000 RR won the 2016 Superstock 1000 FIM Cup.
This is a first title win for the Neapolitan rider, and the second Stock title for the Italian team after that scored in 2011.
Frentubo , official sponsor, thanks the team and the rider for the great competed season.

Raffaele De Rosa won the 2016 FIM Superstock 1000 Cup after a thrilling race at the Circuito de Jerez on Sunday 16th of October. With 12 podiums this year, the Althea BMW Racing Team rider won the trophy after crossing the finish line in fifth after his main Cup rival Leandro Mercado (Ducati) wasn’t able to start the race. De Rosa was 7 points behind Mercado heading into the Gaerne Spanish Round, but after collecting 11 points on Sunday 16th of October, the Italian won the Cup with four points to spare.
De Rosa arrived in the WorldSBK paddock in 2012 at 24 years old, having previously competed in the 250cc World Championship and Moto2. That first year he was contracted to race on a Honda CBR 1000 RR Fireblade in the top category but the adventure only lasted two rounds before the Italian made an abrupt move to WorldSSP where he competed in the next six rounds.
In 2013 he competed in his first full season in WorldSSP with Team Lorini aboard a Honda CBR 600 RR. That season saw De Rosa struggle to achieve the results he aimed for, with his first podium coming the following year in 2014 where he also finished the season in the top ten.
2015 saw De Rosa make the switch to the STK1000 category to join the Italian team Althea Racing aboard the Ducati 1199 Panigale R. It was one of his best seasons, having achieved six podiums and finishing third overall in his debut campaign, fuelling big expectations ahead of 2016.
Althea Racing partnered with BMW for the 2016 season with only one goal: to win the Cup. Aboard the BMW S 1000 RR, De Rosa was finally able to unleash his full potential to win his first title, but this year’s narrative has been anything but simple.
De Rosa’s 2016 campaign began with a third place at Aragon, after starting from sixth on the grid. There he shared the podium the man who would go on to become his biggest rival this season, Aruba.it Racing – Junior Team’s Leandro Mercado.
The lead in the 2016 title standings has constantly alternated between De Rosa and Mercado. In Assen De Rosa won, but Mercado won in Imola to tie on points heading into Donington. In England, it was the Italian who won, retaking the overall lead. The Cup became a high voltage dogfight between the two rivals, so much so that in the next round at Misano, a failed last lap overtaking manoeuvre by the Althea BMW Racing Team rider ended with both riders eating the gravel. De Rosa was given a three-place penalty and both walked away with zero points.


De Rosa led by five points heading into the German Round, but Mercado won the race while the Italian struggled in 10th. Mercado led going to France but the pendulum swung in favour of De Rosa, with the BMW rider finishing third and gaining much needed points. But it wasn’t over yet because Mercado still led the Cup by seven points heading into the final round. After leaving fans in suspense until the final Round, Raffaele De Rosa overcame Mercado’s lead in a tactical ride that saw him end the weekend as victor of the 2016 FIM Superstock 1000 Cup. 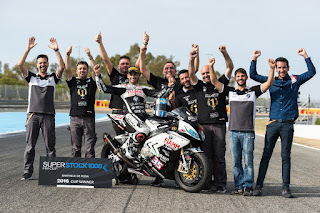 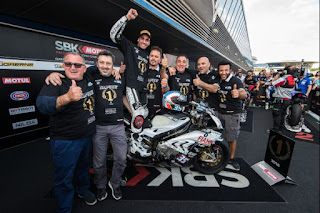 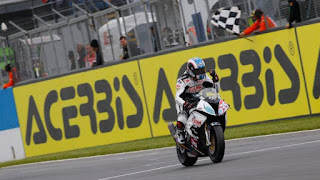 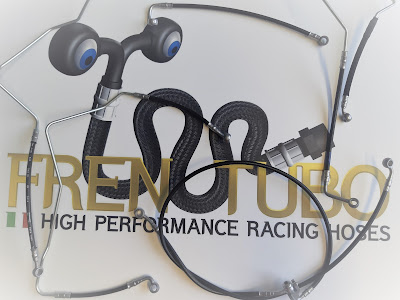