Carlos Checa increased his lead in the Superbike World Championship with his fourth win of the season from six races.

The Althea Ducati rider now leads on 132 points to the 89 of Alitalia Aprilia's Max Biaggi, the reigning champion, after taking the second race win at Assen in the Netherlands. Marco Melandri, on the factory Yamaha, lies in third place on 85 points with Castrol Honda's Jonathan Rea, who won the first race today, moving up to fourth on 79.

Rea took his first win of the season in race one ahead of Biaggi and Checa. Fourth went to Melandri, with Michel Fabrizio (Suzuki Alstare) fifth and Troy Corser (BMW) in sixth. Leon Haslam, Corser's team-mate, survived a fast early crash to recover to finish 12th but saw his title hopes take a bad hit.

Checa and Biaggi fought it out for the victory in race two and it looked as if the latter would win it after passing the long-time leader late on. However, Checa reclaimed the lead on the final lap to extend his points advantage to 43 with his fourth win in the season's six races.

Rea won the contest with Melandri for third when the Yamaha rider fell, with Biaggi's team-mate Leon Camier claiming fourth ahead of Haslam and Eugene Laverty on the second factory Yamaha 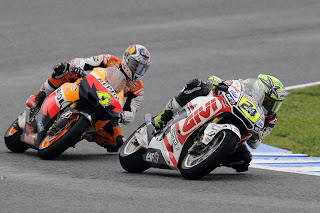 ELIAS SCORES HIS FIRST POINTS OF THE SEASON IN THE WET AT JEREZ Jerez, 3 April : after two days of summer weather, the first round of 2011 season at Jerez de la Frontera was run on the wet today with track temperature of 15 degrees only. The 27-lap race has started at 14:00 local time with the premier class riders lining up under cloudy skies at the South Spain race track which saw Lorenzo winning ahead Pedrosa and Hayden. Despite the bad conditions the LCR Honda MotoGP racer Toni Elias started from the last spot on the grid ending the race with a positive 9th position. The Spaniard has the capability to keep his pace till the last lap while some of his “colleagues” crashed out because of the slippery surface. Thanks to his determination Elias has gained his first 7 points in the official standing but needs further set up adjustments to improve his performances aboard the RC212V. LCR Team will be back on track on the 1st of May for the Portoguese GP. Elias – 9th: “Honestly I am not happy about the performance as my feeling on the bike was still bad but the 9th position in these conditions is a positive result for me and the Team. I know I have been lucky because many riders crashed out and I was capable to end the race although the tyres situation was very difficult for everybody because we just had the warm up session on the wet. However we must continue our good job to improve our future performances....I am aware of this and want to thank my Team for their efforts
a aprile 05, 2011 Nessun commento: 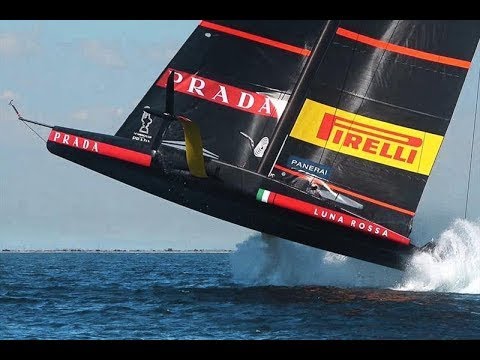